[music] Bob Dylan – Must Be Santa

"In terms of both selection and arrangements, Christmas songs are like most dishes served at holiday meals: familiar and filling. Enter Bob Dylan — yes, that Bob Dylan — and his uplifting, palate-cleansing polka take on the infrequently heard Must Be Santa. An accordion gets the instrumental spotlight amid call-and-response vocals between the Supreme Troubadour and an appropriately jolly group of well-wishers. Listen carefully for the fun shoutouts to the Chief(s) and smile even harder." — iTunes Store
Genre: Holiday 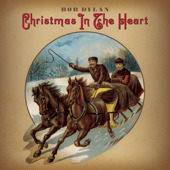 "Outer Space Astronauts is a futuristic comedy series about eight vaguely courageous and easily distracted military personnel who journey to the far reaches of the galaxy seeking knowledge, adventure, and whatever else they can come up with. On board the O.S.S. Oklahoma, this legion of misfits are led by a lackluster captain who would rather be planning the next "Margarita Monday" than leading a mission against evil, much to the exasperation of his by-the-book executive officer.
The half-hour comedy series uses the latest in graphic technology to meld live-action and 3D animation. The creator and executive producer, Russell Barrett, took a complete do-it-yourself approach to create the show and enlisted childhood and hometown friends as actors, including Adam Clinton, Stephanie Clinton, Jay Wendorff, and Dana Kirk. Tune in as the crew travels the world in search of . . . something important and the party that will ensue when they find it!
" — iTunes Store
Download for Free!